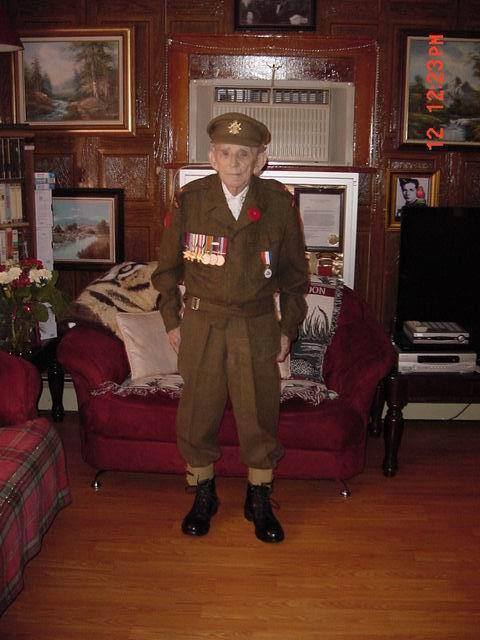 Our friend and Honorary member of the Association, Mr. Mort Beazley passed away on 2nd November 2013. We first met Mort in September 2012 at the West Nova Scotia Regimental Reunion. We presented him with a uniform on November 11th 2012 which also happened to be his birthday. Lt. Beazley, a true Canadian Hero, we Salute you. We will remember him. 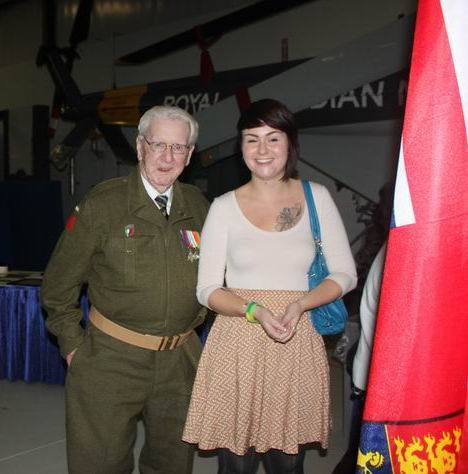 Steve Larkin and his Granddaughter Tia at our Associations first annual Christmas dinner held in December 2011. Mr. Larkin passed away peacefully at home surrounded by family on January 20th, 2013.

Mr. Larkin was a Honorary Member of our Association and although we did not know him for very long, his memory will live with us forever. Husband, Father, Grandfather, Great Grandfather, community leader, HERO.
We will remember him.